This is a huge breakthrough and has surpassed previous attempts at researching a link between lameness and genetics. According to George Oikonomou, senior lecturer at the University of Liverpool the past research was likely to have been inconclusive due to the poor quality of phenotypic (physical characteristics.)

Sourcing of high-quality information and in depth study has proven that higher levels of lameness is hereditary than ever previously realised, allowing for future control. The latest research data shows that 29% (heritability) for sole ulcers, 35% for interdigital hyperplasia and 22% for digital dermatitis

Dr Oikonomou explained, while feet and leg section data is based on the movement and appearance of the feet – and doesn’t take into account lameness incidences – this could change in the near future.

Obviously, lameness cannot be completely cured as far as injury and environmental factors but eliminating hereditary lameness from birth, or later development is an amazing break through for livestock farmers breeding sheep, cattle, pigs and of course for equestrians.

To improve future data a closer relationship between farmers of varying animals including horses, sheep, cattle and pigs reporting lesions or anomalies. This would allow for greatly improved research data and variations of lameness, birth defaults and environmental factors.

This improved insight would increase the knowledge on all variables contributing to lameness and switch them on through genetic selection, Dr Oikonomou also explained. 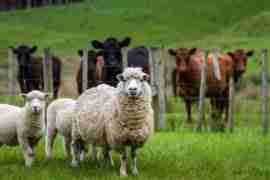 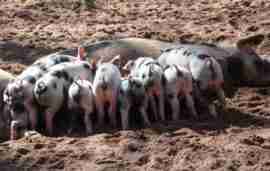