UK farmers hit hard due to this years extreme weather

UK farmers hit hard due to this years extreme weather

This years unprecedented weather is playing havoc with UK farmers causing shortages in potatoes, onions and most British vegetables are affected.

The extended winter with snow and wintry weather long into Spring followed by extremely hot dry temperatures are the cause of huge losses and struggles for UK farmers.

The Agriculture and Horticulture Development Board (AHDB) said that the potato shortage is going to cause a rise in price per kilo from autumn.

Crops of onions have halved and potatoes are down by a third but also the sizes of vegetables are down following this years challenging growing conditions.

The heatwave has caused extreme stress on UK farming, this year there has already been warnings regarding lettuce, broccoli, peas and carrots. Of course, livestock farmers have been hit as well and have struggled to source enough water for their livestock.

The latest issue is hitting potato farmers and has caused potato planting to be down by 3% and smaller harvests this year due to the droughts.

This years weather has caused a huge strain for potato farmers and all forms of farming with the extreme and extended winter followed by an extreme and relentlessly hot and dry summer.

Farmers have warned of the likelihood of shortages of major crops including potatoes, onions, carrots, leeks, parsnips, cabbages and Brussels sprouts, with consumers and retailers expected to see biggest impacts in the new year.

Farmers are not getting the yields they would in normal weather conditions and it’s putting a huge strain on the whole of the farming industry in the UK.

The last time the UK saw crop shortages like this was in the floods of 2012. This led to the UK importing from the continent to bridge the gap but Europe is also facing shortages from their own heatwave.

So not only is this going to be a hit to the UK and agricultural economy but we will be left with food shortages due to lack of options. We will also be paying a lot more when available for what we usually consider everyday basics. The price hike is expected to drag out until next Spring.

This follows a long line of British produce hikes due to shortages. According to the British Retail Consortium (BRC) and Nielsen food price inflation has risen from 1.2% in May and June upto 1.6% in July.

The average price of broccoli has risen by over 25% since last year due to the extreme temperatures. Carrots have risen by 8.3% and Gem lettuce 4.5%.

Sheep farmers have already been hit

The situation for UK farmers is already critical and is going to cause a huge impact on the UK economy as well as having food shortages for consumers, often with no alternative source.

UK farmers need to take action to protect themselves from this happening again and plan a sustainable strategy such as a self sufficient water supply. Farmers can no longer take previous food production capabilities for granted when climate change and overpopulation are clearly having an affect on UK farming.

Uk Food Imports reached a staggering £23bn first half of 2018

In the first 6 months of 2018 UK food imports rose to £23 billion with £5.4 billion of that total consisting of imported fruit and vegetables.

Climate change and increased demand is causing a global water shortage which is going to push up the cost of water bills exponentially in the future.

Research published by the Environment Agency shows that in just 2 years in 2020 a large percentage of England will be struggling with water shortages.

This recent weather is a wake up call that this issue is imminent and we can’t wait until it’s too late and must act now to protect UK farmers and British farming. 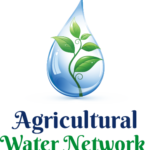 If you have surplus water trade with those in need!
Making British farming sustainable.